The Auto Zone is still scorched in Ferguson. I know because I saw it with my own eyes today. The once bright orange letters are black, and twisted. There is some yellow caution tape hanging onto the building, blowing in the wind.  It screams “blighted neighborhood” but in a way I’m glad it’s untouched. It reminds you that there is something wrong here. You can’t be fooled by the beauty salon that is open but still has a broken out window. Business is going on, but While a lot of businesses have recovered since the nights of unrest here in Ferguson, a lot of them… have not. Boarded up windows, crumbling brick walls, and heaps of trash where cars should be parked, tell a story of economic demise.  I’m not here to blame people who are at the end of their rope. As a queer black male, I share the fear and frustration.

Of course that is black Ferguson.

I was informed by a life long St. Louis resident that there are indeed two Ferguson worlds. One black and one white. I went to both today  and took all of these pictures myself. The difference between the two worlds screams to me the story of America: The child of plenty vs. the child of want. 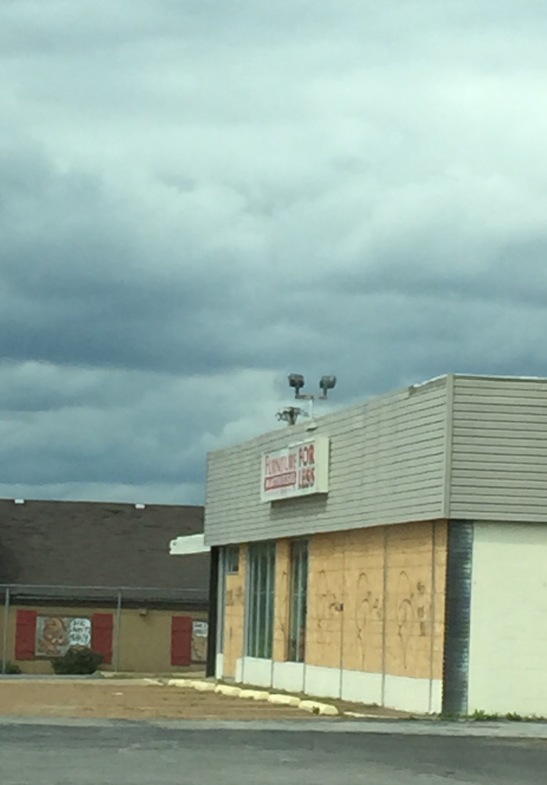 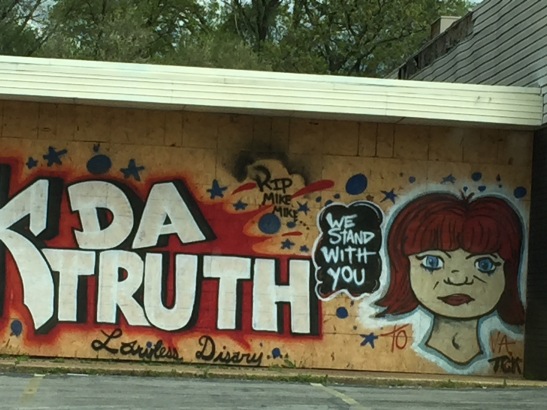 Boarded up buildings, (with hopeful graffiti art) trash and debris lining parking lots, weeds coming up through the cracked cement, burned out buildings, and a general sense of depression in the air. I’m just going to be honest; it just feels fucking sad.

There were bulldozers clearing some debris away. That is positive I guess. I just hope locally black owned businesses fill those future empty slots. I’m afraid of the dreaded g word coming through and making Starbucks and IKEA permanent fixtures, driving rents up and then- there goes the neighborhood- no more black Ferguson at all… 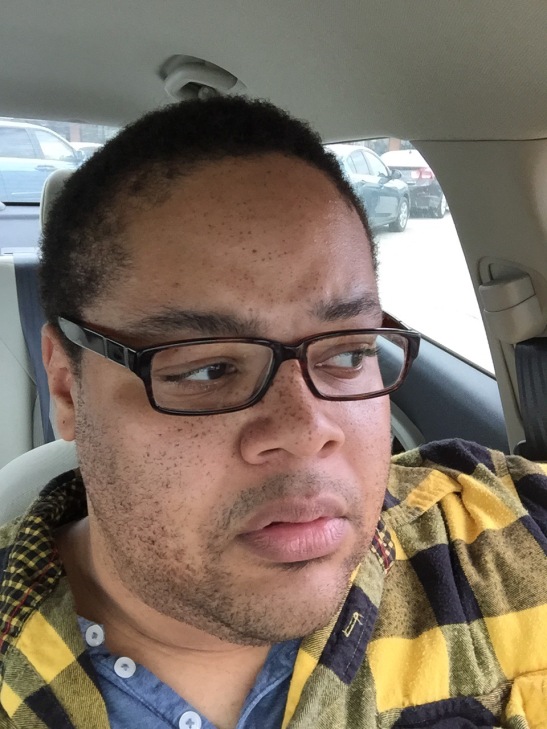 I had to go to where Michael Brown died today.

My friend took me, and I am glad I had them with me, my emotions would have overcome my ability to control them today had they not been there. I would have been standing there weeping and screaming in the street otherwise. What hit me the most was how empty it all is. All of the marching and protesting is way over. What happens now? What is done when the crowds are gone?

There is some good news I suppose.

Will that be enough to change the hearts and minds of Ferguson police who shoot first and ask questions never? Will 3 blacks out of six seats be what is finally needed to make sure we don’t have more black kids being murdered here because white police see black boys as “demons”?

I can only hope I am helping by continuing to hold the names up and call attention so we never forget about black lives. 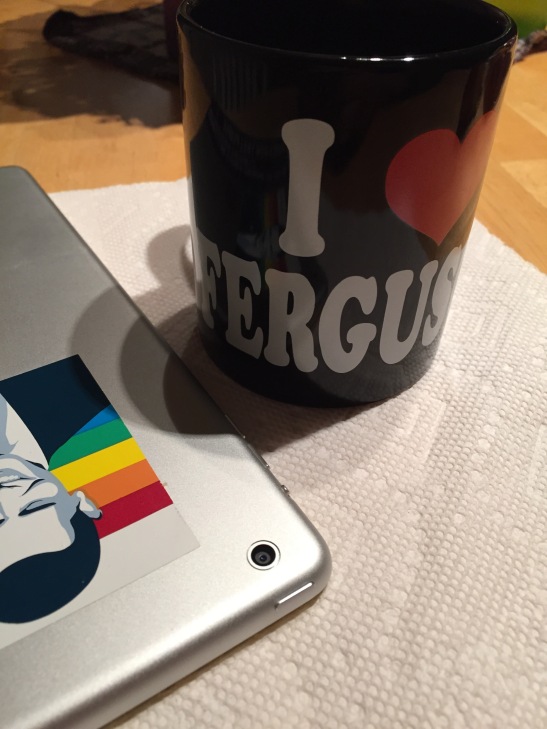